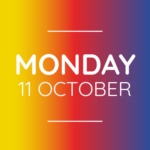 View From The Top

WIth the global travel industry continuing to suffer the effects of the Covid-19 crisis, we ask industry leaders to give their view of the current situation and their outlook for the coming year. 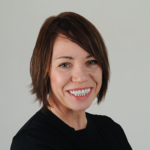 Sarah Bradley is Managing Director of Journey Latin America, the UK’s No.1 specialist, offering personalised tailor-made holidays and escorted small-group tours to all parts of Latin America and Antarctica.

Sarah has previously served on the LATA committee, including as chair, and currently sits on the Council of AITO, the Specialist Travel Association.

Sarah has an MBA and a BA Hons in Modern Languages. 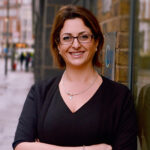 Julia became CEO of the Advantage Travel Centres group in April 2018 having previously held the role of Managing Director since July 2013. With a 25-year tenure in the business, Julia’s vision and passion of the sector has enabled her to transform the business culture to one of vigour and energy. Julia believes passionately in the SME sector; that they are the lifeblood of business.

In 2018 Julia was nominated as a Leader of change in the IBM IX Everywoman in travel awards. In January 2021 Julia was announced as an ‘Industry Influencer’ on the Business Travel News Europe 2021 Hotlist in recognition of her part in leading business travel’s recovery, driving change and representing the wider industry tirelessly through the Covid 19 pandemic. 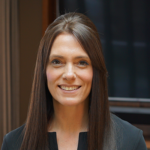 Caroline Moultrie is the Managing Director of MMGY Hills Balfour and is an award-winning travel & tourism professional with over 20 years of experience. Caroline has held leadership positions on some of the world’s most renowned brands including the World Travel & Tourism Council (WTTC), Virgin Atlantic Airways and Manchester Airport Group.

Widely regarded as a thought leader in the Travel & Tourism strategy and storytelling space, she is a seasoned Travel & Tourism professional and global business leader and has established senior level contacts across all industries in the sector. 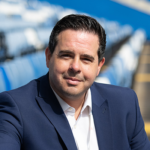 Colin Stewart has been Chairman of LATA, the Latin American Travel Association, since September 2017. During his tenure the association has significantly increased its activities, with industry-leading initiatives including the launch of the LATA Academy on the industry’s leading agent training platform, and developing LATA Expo into Europe’s leading B2B event for the Latin American travel sector. 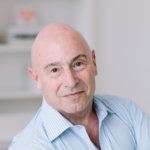 Clive Jacobs is a serial entrepreneur and investor whose businesses have consistently challenged and disrupted established practices. Well-known for building his company holiday autos into the world’s largest leisure car rental broker before its sale to lastminute.com plc, he is now chairman and owner of the Queen’s Award winning Jacobs Media Group and chairman & owner of Tully Luxury Travel.

Awards & Achievements
In addition to Clive’s private business achievements, he has also been engaged in the public and charity sectors.
• In 1997 he was given the World Travel Market Global Award for outstanding contribution to UK travel, and in 2000 was honoured alongside 20 other industry leaders including Sir Richard Branson on WTM’s Tribute 21 list.
• In 1999, he was named Director of the Year by Decision Magazine in association with PricewaterhouseCoopers.
• Over a career spanning four decades, Clive has received a number of personal honours, including becoming the youngest inductee into the prestigious Travel Industry Hall of Fame in 2003.
• He is also a founding patron of the Teenage Cancer Trust.
• In 2014, he was made an Honorary Fellow of The Tourism Society.
• In 2020, Jacobs Media Group received a Queens Award for Enterprise in recognition of its international growth.