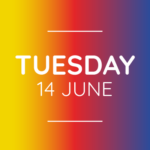 Are we giving consumers what they want?

The Covid crisis created a number of challenges for the relationship between consumer and travel company.

As we emerge from the crisis we discuss how consumer demands have changed, how travel companies need to adapt, and whether we are offering what customers want from us. 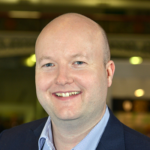 Martin is the co-founder and director of the award-winning tour operator, Latin Routes and Polar Routes. Since the company’s humble beginnings above a pizza shop in 2012, it has gone from strength-to-strength and developed into one of the UK’s leading tour operators to Latin America. Never one to sit around and in response to demand, Martin also co-founded Polar Routes in 2016, which specialises in expedition cruises to the polar regions and beyond. This has also quickly grown to become one of the UK’s biggest wholesalers of expedition cruises.

There is a passionate, entrepreneurial spirit in everything the company does and today it employs over 25 people at its headquarters in Kingston upon Thames. Last year the company was delighted to win the accolade of Best Tour Operator at the prestigious 2021 Travel Industry Awards by TTG.

Martin heads up the business and primarily deals with the company’s development, while directly overseeing marketing and operations. He is also vice-chair of the Latin America Travel Association and regularly speaks as an expert on travel to Latin America and the Polar regions, as well as trends and issues facing the wider travel industry. 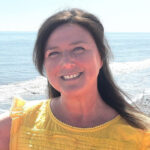 Jo’s career in travel began in the 90s and she has been an independent travel expert with Holidaysplease since 2011. She has lived in Geneva, Durban, Stockholm and Milan and she speaks four languages.

She specialises in planning luxury beach escapes, honeymoons and weddings, food and wine trips, multi-centre itineraries and group holidays, but as her valued clients will testify, she can arrange anything, anywhere in the world.

In 2021, she was proud to receive the ultimate accolade as the UK & Ireland’s Top Travel Agent along with being voted the UK’s Top Home-Based Agent at the TTG Travel Industry Awards. 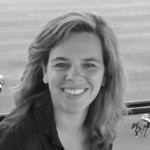 Lucia is Sales Director at Furlong Incoming, Argentina DMC. Born & raised in Buenos Aires, in a family who lived & breathed the Travel Industry, she has been working at Furlong Incoming for the past 15 years, going through all the departments inside the company.

Furlong Incoming’s main focus is to provide clients with the best-suited experiences through creativity, flexibility and excellence, by making their clients’ goals their own. In the past 5 years Lucia and Furlong Incoming have been deeply engaged with Sustainability and last year Furlong Incoming achieved Travelife Certification.

Lucia joined the LATA Committee in 2020. 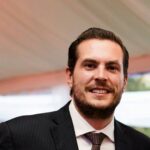 Sebastián is the current CEO and one of the owners of Art Hotels Ecuador, having founded the family company and built it from the ground up.

They have opened three luxury boutique hotels between 2018 and 2019, but have undergone construction and remodelling since 2014 in their UNESCO patrimonial mansions.

Sebastián has a financial BA and Major from PUCE in Ecuador, and an MBA in supply chain management from Northeastern University in Boston where he lived, studied and worked for 5 years.

Sebastián’s thesis was based in Boutique Hotels and was the starting point for Art Hotels Ecuador. Currently they are starting construction of their fourth hotel in the City of Guayaquil and planning to launch the fifth property in the Galapagos Islands.