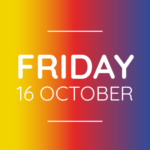 As LATA Expo 2020 comes to a close we look at what the future holds for the travel industy as a whole, and the Latin American market specifically.

We will look at the latest research on consumer sentiment towards travel and the level of pent-up demand, as well as understanding how historical and current data can provide insight into what a recovery of the tourism sector might look like. 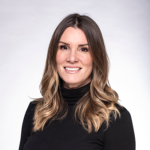 Emma has worked on the travel team at Mail Metro Media for over 10 years now and in travel media for 17 years.

The Mail Metro Media portfolio includes the Daily Mail, The Mail on Sunday, the i, Metro newspaper, MailOnline, iNews, Metro.co.uk and magazine supplements Weekend and You.  Mail Metro Media reaches over 40 million people in the UK every month. 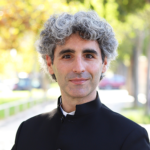 As the leader of the ForwardKeys Insights team, Olivier Ponti is one of the world’s most authoritative experts in travel research and destination marketing.

He gives dozens of conference presentations and media interviews a year, cross-referencing ForwardKeys’ considerable data with numerous other sources, to identify new travel trends; forecast future travel patterns; reveal the impact of events on travel and provide deep insights into the travellers of tomorrow.

Previously, Olivier was Research Manager, Amsterdam Marketing, where he helped attract tourism and business investment to the city by judicious use of market research and compelling presentation. Latterly, as Amsterdam became increasingly popular, his data-driven approach was at the heart of successful initiatives to balance the demands of visitors, residents and businesses.

Until June 2018, he was also Chairman of the Research & Statistics working group of European Cities Marketing (ECM) where he played a pivotal role in developing the Group’s research tools and reports, as well as establishing strategic partnerships.

Olivier Ponti’s career in city tourism started in 2004 when he was appointed manager of the tourism research department of the Paris Visitors and Convention Bureau.

Gilberto Salcedo is Vice-president of Tourism at ProColombia. He is a lawyer from Universidad de los Andes in Bogotá, and a specialist in Public Management and Administrative Institutions from the same university.

Salcedo works at ProColombia, in coordination with the Ministry of Commerce, Industry and Tourism, to consolidate the country as a responsible, sustainable and high-quality destination, with enriching and unique experiences to offer.

He has more than 18 years of experience in the public and private sector, working on air transport, telecommunications and foreign affairs.