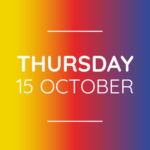 Opportunities in the LGBTQ+ Market

As the tourism industry moves forward, diversity and inclusion will be key ingredients for its success.

No longer a niche, LGBTQ+ travel has emerged as a strong, resilient segment that stands to make significant contributions to travel’s recovery and future. IGLTA unites LGBTQ+ thought leaders from all sectors of the tourism industry for a timely panel discussion on best practices in LGBTQ+ outreach, how the sector is evolving and what it means to be a true ally. 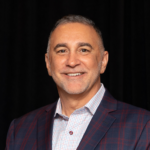 John Tanzella is the President/CEO of the International LGBTQ+ Travel Association (IGLTA), a non-profit tourism association that is the global leader in advancing LGBTQ+ travel.

John serves on the Board of Directors for the Stonewall National Museum & Archives (U.S). Born in Boston to Italian immigrant parents, he attended the University of Georgia and resides in Fort Lauderdale, Florida. 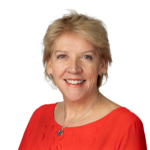 Jo Rzymowska has held a variety of senior roles since joining Royal Caribbean Group in 2005, across the corporation’s family of brands. Since 2015, she has been dedicated to the Celebrity Cruises brand and was recently promoted to Vice President and Managing Director, Europe Middle East and Africa (EMEA), reporting directly into Lisa Lutoff-Perlo, President and CEO.

Under Jo’s helm, Celebrity Cruises has won numerous awards, namely Ocean Cruise Line of the Year for the past three years and Travel Company of the Year in 2017 and 2019 at the TTG Travel Awards, as well as Best Premium Cruise Line for the last 10 years at the Travel Weekly Globe Awards.

Jo has been recognised for her achievements not only within the travel industry but also for her contribution as a passionate advocate of diversity and inclusion. Awards and accolades include the Outstanding Achievement Award at the 2017 Travel Weekly Globe Awards; the Outstanding Contribution to the Cruise Industry award at the 2018 British Cruise Awards; inclusion in the Top 100 list of LGBT people in business by OUTstanding and the Financial Times in 2016, and listed in the Top 10 LGBT people at The British LGBT Awards in 2017. 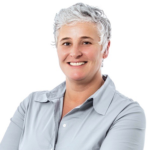 Marta is the co-founder and CEO of Brazil Ecojourneys, an inbound tour operator to Brazil, specializing in LGBTQ-friendly and sustainable tours.

She was the vice-chair of IGLTA’s Board of Directors from 2014 to 2016 and the President of the Brazilian Gay & Lesbian Travel Association from 2013 to 2017. She is also the creator of Gay Surf Brazil, an annual, queer-inclusive, surf event for the community. 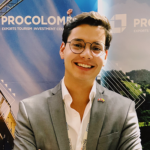 Santiago is a professional in the tourism industry with close to 4 years of experience in destination promotion and tourism innovation. He has worked widely developing promotional strategies with travel operators and the hospitality sector. 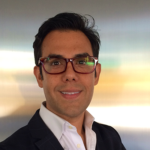 Elio Lopez is the Director of LGBTQ Sales and Director of Global Leisure Sales, Northeast USA for Belmond.

As a Hotelier and Luxury Travel Industry Sales Professional, Elio has over 29 years of experience with a diverse background in the travel and hospitality industry. He began his career in the airline industry where he held key sales positions at Cathay Pacific Airways, LATAM and Alitalia. He then transitioned to the hotel industry when he continued his sales career at Four Seasons Hotels prior to joining Belmond.

Born in Venezuela with a degree in Hospitality and Tourism Management, Elio loves design, contemporary art, and modern architecture. He is also a travel photographer and passionate about building relationships and immersing himself in new cultures. Elio and his husband reside in New York City when they are not travelling across the globe to discover a new destination together. 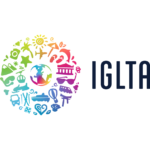 IGLTA is headquartered in Florida, with additional staff located in Washington D.C., Madrid, São Paulo, Paris, London and Cape Town. IGLTA’s network is made up of more than 5,000 tourism business professionals in approximately 80 countries.

In marketing its tourism industry business members, IGLTA reached more than 4 million unique travelers in 2019. The IGLTA Foundation is the philanthropic arm of the association, supporting the tourism industry with research, education and developing future LGBTQ+ tourism leaders.

IGLTA is the only LGBTQ+ Affiliate Member of the The World Tourism Organization (UNWTO), the United Nations agency responsible for the promotion of responsible, sustainable and universally accessible tourism.